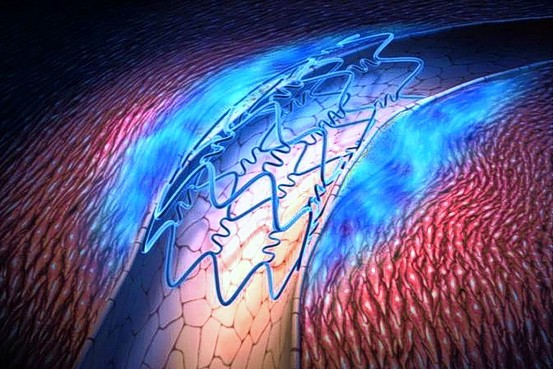 First-generation drug-eluting stents (DES) have become the most widely used devices worldwide for management of coronary artery disease. As remote follow-up data were becoming available, concerns emerged in regard to their long-term safety. Second-generation DES were designed to overcome safety issues, but the results of randomised clinical trials remain conflicting.

33 randomised controlled trials involving 31 379 patients with stable coronary artery disease or acute coronary syndrome undergoing DES implantation were retrieved. No differences in mortality among devices were found. In the overall class comparison, second-generation DES were associated with a 22% reduction of odds of MI at short-term OR 0.77 (95% CI 0.68 to 0.89) p=0.0002; EES reduced the odds of definite-probable ST compared with PES: OR 0.33 (95% CI 0.15 to 0.73) p=0.006; First-generation SES along with second-generation EES and ZES-R showed similar efficacy in decreasing the odds of repeat revascularisation.

Second-generation EES and ZES-R offer similar levels of efficacy compared with first-generation SES, but are more effective than PES; however, only second-generation EES significantly reduced the incidence of MI and ST, and therefore should be perceived as the safest DES to date.